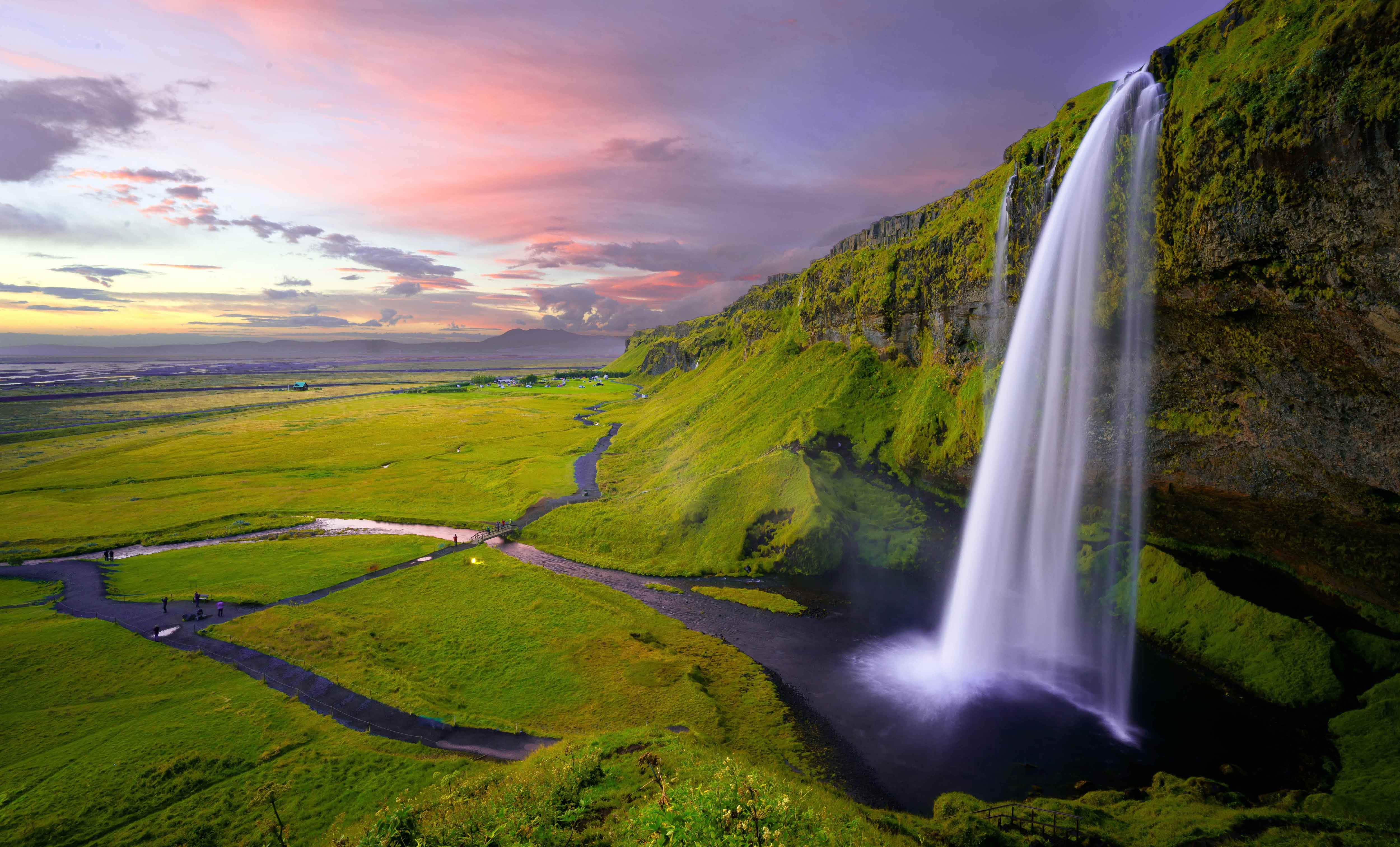 The Beauties of Gullfoss

Gullfos is a waterfall located in the canyon of the Hvítá river, in southwest Iceland.

Gullfoss is one of the most popular tourist attractions in Iceland. The wide Hvítá rushes southward, and about a kilometre above the falls it turns sharply to the right and flows down into a wide curved three-step “staircase” and then abruptly plunges in two stages (11 metres or 36 feet, and 21 metres or 69 feet) into a crevice 32 metres (105 ft) deep. The crevice, about 20 metres (66 ft) wide and 2.5 kilometres (1.6 mi) in length, extends perpendicular to the flow of the river. The average amount of water running down the waterfall is 140 cubic metres (4,900 cu ft) per second in the summer and 80 cubic metres (2,800 cu ft) per second in the winter. The highest flood measured was 2,000 cubic metres (71,000 cu ft) per second.

An iconic waterfall of Iceland

During the first half of the 20th century and some years into the late 20th century, there was much speculation about using Gullfoss to generate electricity. During this period, the waterfall was rented indirectly by its owners, Tómas Tómasson and Halldór Halldórsson, to foreign investors. However, the investors’ attempts were unsuccessful, partly due to lack of money. The waterfall was later sold to the state of Iceland, and is now protected.

Iceland is not a destination. It’s an adventure set in stunning scenery.

Sigríður Tómasdóttir, the daughter of Tómas Tómasson, was determined to preserve the waterfall’s condition and even threatened to throw herself down. Although it is widely believed, the very popular story that Sigríður saved the waterfall from exploitation is untrue. A stone memorial to Sigriður, located above the falls, depicts her profile.