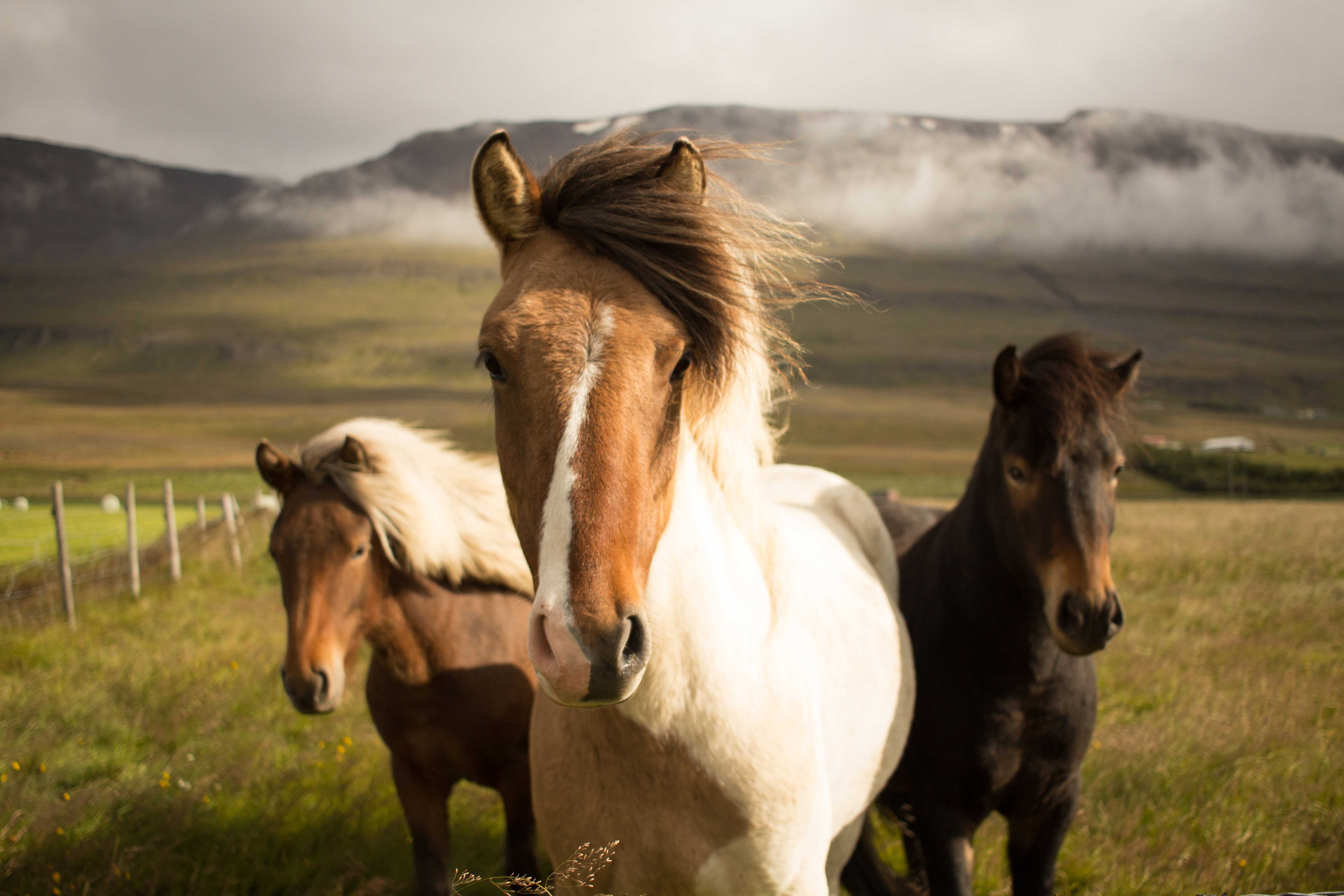 There are around 1,300 known species of insects in Iceland, which is low compared with other countries (over one million species have been described worldwide). The only native land mammal when humans arrived was the Arctic fox, which came to the island at the end of the ice age, walking over the frozen sea.

On rare occasions, bats have been carried to the island with the winds, but they are not able to breed there. Polar bears occasionally come over from Greenland, but they are just visitors, and no Icelandic populations exist. There are no native or free-living reptiles or amphibians on the island.

When the island was first settled, it was extensively forested. Permanent human settlement greatly disturbed the isolated ecosystem of thin, volcanic soils and limited species diversity. The forests were heavily exploited over the centuries for firewood and timber. Deforestation, climatic deterioration during the Little Ice Age and overgrazing by sheep imported by settlers caused a loss of critical topsoil due to erosion. Today, many farms have been abandoned.

Many species of fish live in the ocean waters surrounding Iceland, and the fishing industry is a major part of Iceland’s economy, accounting for approximately half of the country’s total exports. Birds, especially seabirds, are an important part of Iceland’s animal life. Puffins, skuas, and kittiwakes nest on its sea cliffs.